Air Canada has assembled information on their baggage policies, as well as details on their products and services. It is their hope that you’ll use this information to plan and personalize your trip with them, and create your ultimate travel experience.

For complete baggage information see the Baggage Guide or by clicking on the image below. You can then use the links on that page to visit various other information more related to what information you are attempting to retreive such as the baggage fee calculator at and entering your flight information.

Another source for baggage information can be retrieved from 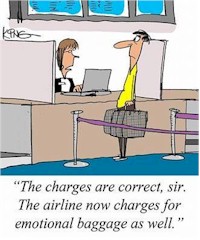 the web site at: which provides a more simplified version of Air Canada's baggage policies see:

Other Airline info can also be retrieved from

(Note: John Shea sent us the timely related cartoon on the right via his niece Karen Shea Gleason.)

Journey to the Land of the Rising Sun, to breathtaking scenery from the cities to the country side. Enjoy a feast of attractions with the seven day tour.

Prices are per person :

Price confirmed based on :

Heathrow celebrates its 70th anniversary in 2016. 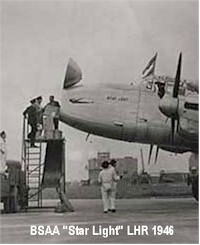 December 31, 2015 marked 70 years since Heathrow officially became a commercial airport. Over the course of 2016, Heathrow will be celebrating a number of key moments with colleagues, passengers and the local community to mark this significant anniversary. May 31 is the official date of Heathrow’s birthday – marking 70 years since the then newly named London Airport officially opened for civilian aviation. Heathrow was originally built for military purposes during the Second World War and was handed over by the Air Ministry to the Minister of Civil Aviation on January 1, 1946.

The first commercial flight to depart was a British South American Airlines Lancastrian ‘Star Light’ which flew to Buenos Aires on New Year's Day 1946, with the then London Airport opening to passengers the following May 31st.

Since its opening, the UK’s only hub airport has grown significantly to handle over 73 million passengers annually.

A brief History of Heathrow